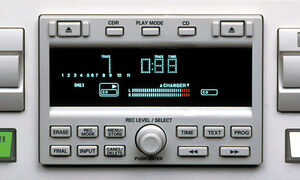 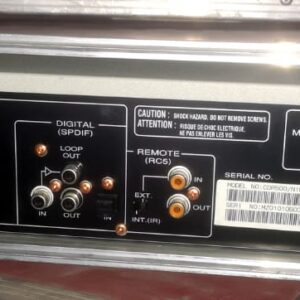 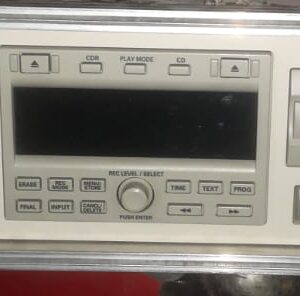 Marantz’s dual‑deck CD writer uniquely allows the creation of a Red Book CD from a CD‑R recorded in Track‑at‑once mode. Paul White finds out if you really can compile masters in the studio without a hard disk recorder.

The Marantz CDR500 is a dual deck audio CD writer/copier that works with both CD‑R and CD‑RW discs. Copying audio between drives is at either normal or double speed, with the option to add SCMS. The Marantz CDR500 is strictly ‘audio only’ but is distinguished from other copiers by something Marantz call Automaster — a feature that enables the user to make a Red Book, Disc‑at‑once copy from a CD‑R that has been recorded in Track‑at‑once mode. Furthermore, the laser is fan cooled for lower jitter levels and longer laser life. The manufacturers claim that this, combined with robust error correction means that difficult‑to‑read discs can often be cloned with far fewer errors than the original. CD text recording and duplication (Mode 4) is possible from the internal CD deck while ISRC/UPC codes and Indexes can be copied in disc‑at‑once mode. An audio buffer compensates for slightly late start IDs on the source CD and also prevents the start of the first track from being clipped.

The CDR500 is similarly styled to other recent Marantz CD writers with large controls for the main functions, and also includes an infra‑red remote controller. There’s a headphone output with a level control and the digital input includes an inbuilt sample rate converter that can accommodate sources between 11kHz and 56 kHz, though it can be bypassed for use with stable 44.1kHz sources. The digital I/O is on both coaxial and optical connectors that can be set to either S/PDIF or AES/EBU formats (fixed 0.5 Volt level) and the machine automatically detects AES/EBU sources and switches its track increment mode accordingly. A digital out loop connector enables a number of machines to be cascaded.

The player has both coaxial digital and phono analogue outputs while the record deck has both phono analogue I/O and balanced inputs on XLR (trimmable 0 to +22dB). Digital gain trim of up to +6dB is also possible. Two further coaxial connector may be used used in combination with RC‑5 compatible control systems.

The CDR500 will register automatic track increments from start IDs in CD, MD, DAT and DCC sources recorded via the digital input in S/PDIF mode, but not in AES/EBU mode as this carries no start IDs. When using external sources, there’s a choice of Rec Ext Disc, which is a CD sync mode picking up IDs from the source material, or Rec Ext Man where the recording must be started manually. If Auto Track is active, tracks will be incremented automatically after a pause of 2.7 seconds or greater. A pause in excess of 17 seconds will end the recording.

Because of the buffering system, the machine can achieve instant sync and begin recording from a standing start (for either analogue or digital sources) without losing the first second or two of the material. Copying from an external source is conventional, but copying CDs internally is even easier — just select Fast Record, then press Record when prompted. You can also programme a different running order for copying, though not in Disc‑at‑once mode.

After copying, the disc must be finalized and Auto‑finalizing is available in the Make CD mode to save time. Real‑time recording is possible if you need to listen to the CD as it records and Disc‑at‑Once mode produces a finished, Red Book compatible master disc. To re‑order tracks and then make a Red book CD, it is first necessary to make a CD copy in the correct running order, then to make a further copy of that disc in ‘Disc‑at‑once’ mode. As you can use CD‑RWs for the interim stages, this isn’t too wasteful.

CD Text is supported and text may be edited after recording but prior to finalizing. All the usual playback functions are accessible via the remote control, including the Program mode for track re–ordering, and it’s also possible to use the two decks as players such that one starts when the other stops. A further mode allows both decks to play at the same time, feeding separate sound systems.

I experienced no problems using the CDR500, which I feel is a practical studio tool for anyone who doesn’t have a computer editing system. In addition to being able to re‑order tracks and make Red Book masters, it’s also useful for making small numbers of duplicate CDs from a master. Operationally it is straightforward and considering that it doesn’t cost much more than a stand‑alone CD writer, it extends the usefulness of such a device considerabl

There are no reviews yet. 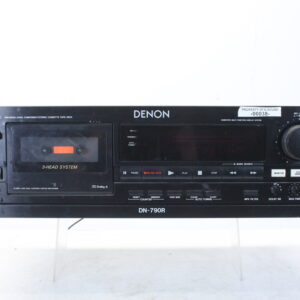 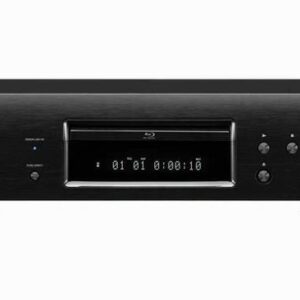